A Legal Aid Alberta lawyer has been appointed to lead a Canadian Bar Association section on sexual orientation and gender identity — and is hoping to increase its membership of LGBTQ2S+ and allies in Alberta’s legal community.

“I want to get the message out, to increase membership in the northern Alberta section of the Canadian Bar Association,” said Chuck Easton, who is on the CBA national executive and chairs the Alberta Sexual Orientation and Gender Identity Community section (SOGIC). “There’s so much we can do.”

SOGIC was created to address needs and concerns LGBTQ2S+ members of the CBA and to encourage them to participate in CBA work, provide a forum to exchange information and action on legal issues relating to sexual orientation and gender identity, develop continuing legal education and professional development on issues related to sexual orientation and gender identity and to develop services relevant to LGBTQ2S+ CBA members.

“I want to get the message out, to increase membership in the northern Alberta section of the Canadian Bar Association. There’s so much we can do.”

The most visible steps SOGIC has made was the introduction last year of rainbow-coloured Pride tabs for Queen’s Bench robes.

“We encouraged lawyers, whether they were members of the LGBTQ2S+ community or allies, to wear the Pride tabs. And we were able to do that because we have the full support of the national CBA.”

Importantly, SOGIC also advocates for change and to protect the rights of members of these communities. Issues on the radar for SOGIC include: changing regulations to allow gay men to donate blood, creating laws against conversion therapy, and Undetectable=Untransmittable (U+U): In Canada, a person who is HIV positive can be charged with sexual assault if they do not share their diagnosis with a person they are having sex with — even if the virus is undetectable. If the HIV virus is undetectable, it cannot be transmitted.

“It is still an ongoing fight,” he said. 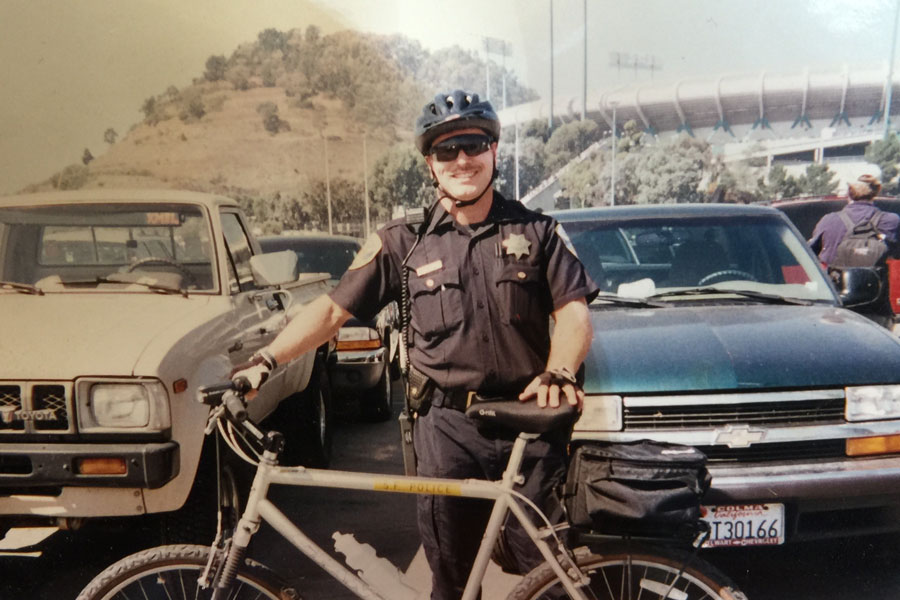 While living in San Francisco, Chuck Easton served as a police officer, and after moving to Canada studied law at the University of Calgary. He was called to the Bar in 2005, worked as a Crown prosecutor, then as a family lawyer. He joined LAA in 2017.

The work Easton is carrying out through SOGIC is separate from his work with LAA. The services LAA provides are focused on areas of family law, domestic violence and child welfare, immigration, and youth and adult criminal law. Support LAA provides to LGBTQ2S+ clients occurs when their legal issues and financial situation match the services LAA offers.

Easton cites a recent family law case in which LGBTQ2S+ issues were central.

A client with strict religious beliefs refused to have Easton as a lawyer because of his sexual orientation. The client was fighting for custody of a family member, a minor — on the condition the youth stopped talking about being openly LGBTQ2S+ and embraced certain religious beliefs.

“The child is now with a loving and accepting home and is very happy,” said Easton.

Easton knows the struggle well. He grew up in Seattle, Wa., and came out as gay at the age of 16 in 1980—in the earliest days of the AIDS crisis and the hatred towards the gay community that came with the pandemic.

He moved to California, earning a degree in computer science from National University in San Diego. He became a policeman in San Francisco, working as a patrol officer in some of that city’s most notorious housing projects. He emigrated to Canada, studied law at the University of Calgary, and was called to the Bar in 2005. He worked as a Crown prosecutor and a family lawyer before joining LAA in 2017. 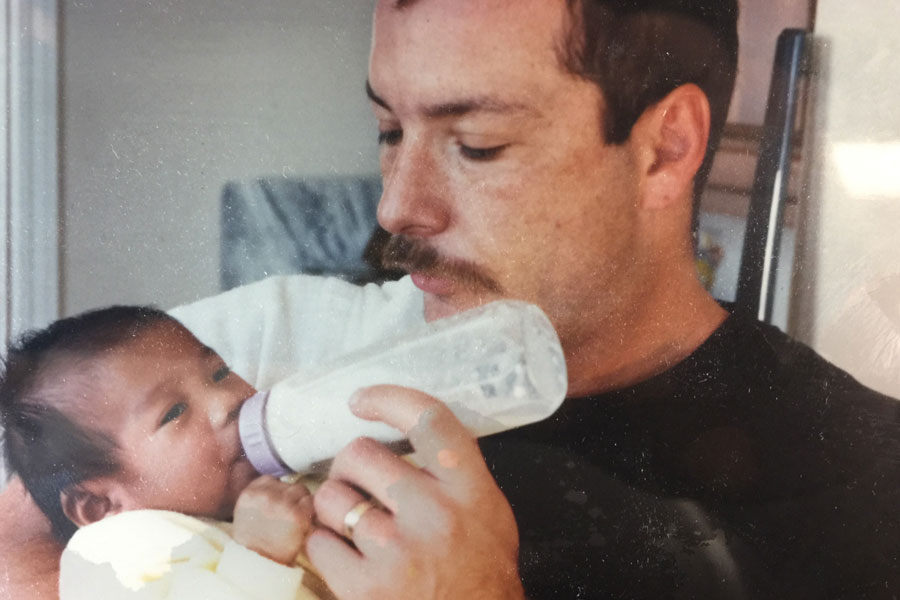 Living in California in the late 1990s, Chuck Easton and his late partner adopted a son. A social worker suspected gay men would sexually abuse a child, and the adoption was challenged in court. At the time, same-sex couples weren’t able to adopt. The judge awarded Chuck and his partner permanent custody. 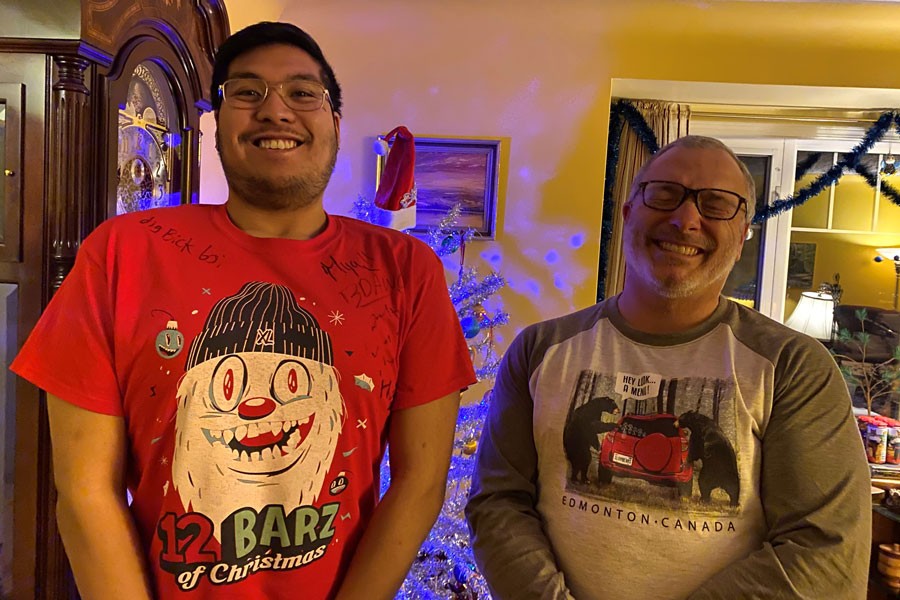 LAA lawyer Chuck Easton (right) and his adult son strike an amusing pose during the holidays.

In spite of growing acceptance and protections for LGBTQ2S+ people, Easton cites ongoing events that cause concern: Some Alberta school boards are still debating whether Pride should be recognized and celebrated. In communities across the province, Pride crosswalks are defaced. Transgender people are struggling for rights, recognition, and acceptance. He observes that members of the transgender community are facing challenges other members of the LGBTQ2S+ endured years ago.

“I’ve been openly part of the LGBTQ2S+ community since before we had all those letters,” he said. “My entire life has been working to actively promote and protect the rights of my community. So when I see what the transgender community is going through right now, I fully understand their struggles.”

Easton adds that by participating in SOGIC, he hopes members of the legal community are opening doors for a diverse generation of legal professionals.

“The other thing I really want is for SOGIC to have visibility so that someone coming out of high school or thinking about law school isn’t limited by thinking there are no gay lawyers, which is often the impression but is not the truth.”